61st Annual General Meeting of Portreath Surf Life Saving Club.
Dear members (and parents/carers of members),
The committee of Portreath SLSC would like to invite all members and parents/carers of members to our 61st Annual General Meeting being held in the surf club, on Sunday 17th November at 2pm. Please find attached to this notice a copy of the agenda, the minutes from the 2018 AGM and the nomination form.
Portreath SLSC is a fantastic club and requires support all year round to run effectively, it would not be where it is without the support of everyone involved. This includes helping with fundraising, coaching, safety cover/patrolling, cleaning, maintenance around the club and supporting events. As the club continues to grow, it’s becoming even more important that we receive as much support as possible from members, parents of members to help with the club where possible.
Portreath SLSC Executive Committee is made up of 6 roles, all of which are Trustees of the club. Under our existing constitution, all officers of the executive committee retire their positions each year but will be eligible for re-appointment at the AGM. The executive committee at Portreath is made up of the following 7 positions:
• Chair
• Vice Chair
• Honorary Secretary
• Honorary Treasurer
• Club Captain
• Club Safeguarding Officer
We also have the following positions that form the committee that are fundamental to the club and these can be nominated for the AGM or co-opted at any time:
• Membership Secretary
• Club Instructor*
• Nipper Manager
• Youth Manager
• Gear Steward
• Bar Manager
• Events Co-ordinator
* Vacant positions
If you are interested in nominating yourself, or anyone else, to any of these roles, please submit the form (see attached) to Diane Green,secretary, or by email to dianegreen@freenetname.co.uk prior to the AGM. Nominations must be supported by a seconder who is willing to act as a reference for the nominee. Plus, if you are nominating someone else, they must have consented to the nomination and should sign the form to confirm this. The nomination may only be proposed and seconded by fully paid club senior members over the age of 18, including Life members.

Alternatively, if anyone has any questions or would like an informal discussion about any of the posts or positions before the AGM, or just about becoming more involved with the club, then please contact either Craig Salamone, Chair or Katy Whear, Vice Chair.
We look forward to seeing you on the 17th.
Portreath SLSC Committee 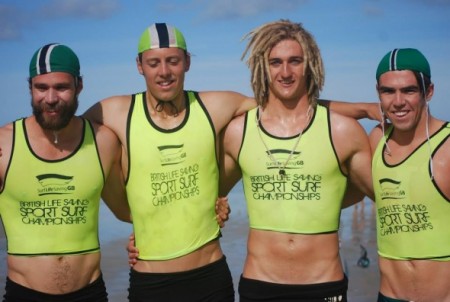